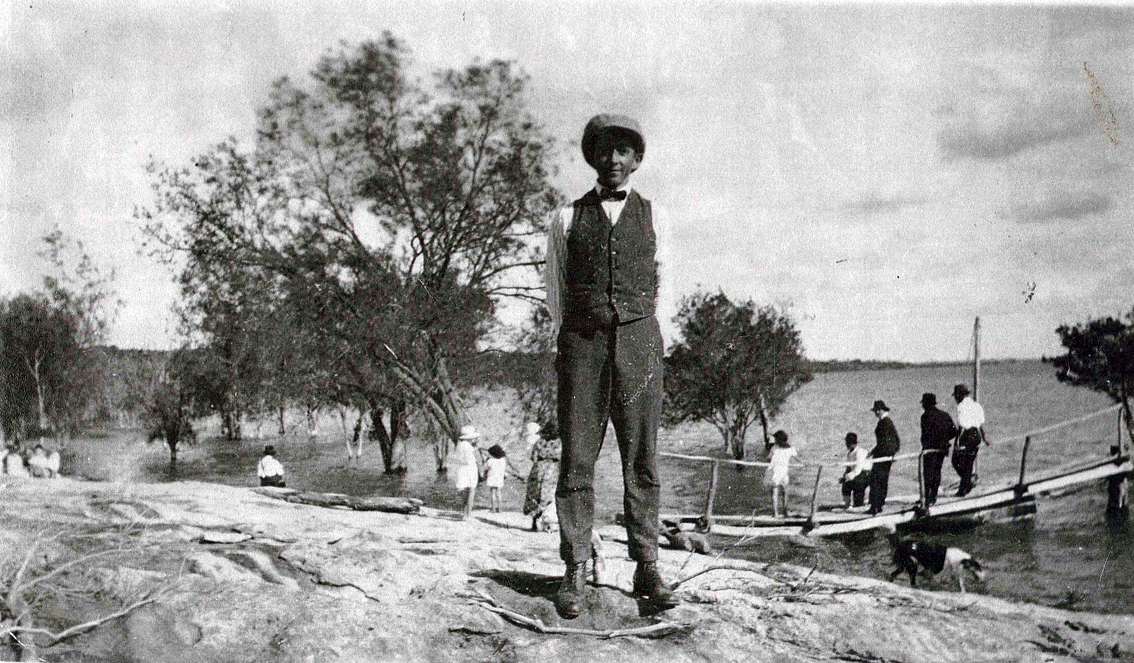 A Sunday picnic at the lake in 1923 near the white rocks at the beginning of Bairstow Drive. Image sourced by Beth Bartram from the Battye Library.

The explorers Henry Landor and Henry Maxwell Lefroy are usually credited with the discovery of Dumbleyung Lake, although it appears to have been shown on a map in 1839 with the name Kondening Lake. Grazing leases around the lake were first granted to George Kersley in 1875.
Dumbleyung Lake received world recognition when Donald Campbell broke the world water speed record on it on 31 December 1964, travelling at 276.33 mph (444.71 km/h) in his boat Bluebird K7. A granite memorial to Campbell can be seen at Pussy Cat Hill, a prominent feature and vantage point to view the entire lake area.
In recent times, the increased soil salination has made the area unsuitable for grazing. Today the lake is mainly used for aquatic recreation. Despite the extreme salinity of the lake, it provides a habitat for many varieties of water birds, and since 1963 has been protected by the Dumbleyung Lake Nature Reserve.
The lake is recognised as a DIWA wetland as it is a drought refuge for waterbirds and a moulting area for the Australian Shelduck. 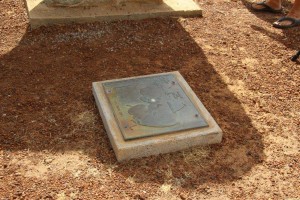 At precisely 3.43pm on the 31st December each year light passes through the granite and travels across the brass plaque on the ground below.

Information about the Lake

The catchment area of the lake covers 7790 km2.

Lake Dumbleyung is fringed by dead trees, samphire, and saltbush.

The lake supports and is an important refuge to a range of bird species including the White-faced heron,

The lake is fed primarily by the Coblinine River system.

Water overflows to the west into the Blackwood River system-this has occurred only 3 times in the last 100 years.

Lake Dumbleyung is a popular recreational area with activities including canoeing, water-sking and yachting when water levels are adequate.

1913  7 inches and no longer could drays cart wheat across the lake to Nippering.

1929 Bathing boxes on edge of lake

Bream released earlier to see if they would breed. (picture of Sam Ward with bream in DSS Pg 65)

2005 Winter rains half filling the lake

2006 Swim across the lake from ski club to yacht club

If you can add to these or have more detail we would love to hear from you.