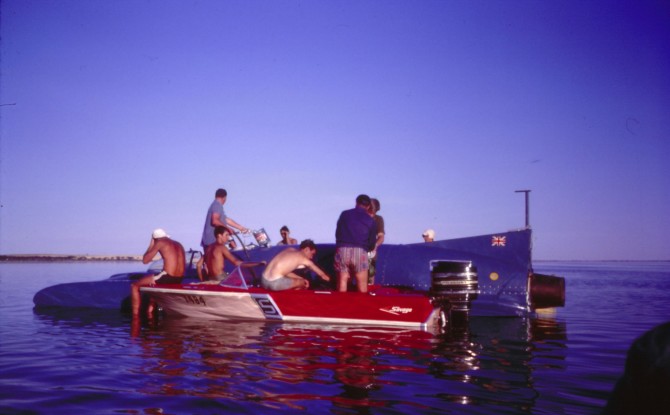 Starter of the Bluebird 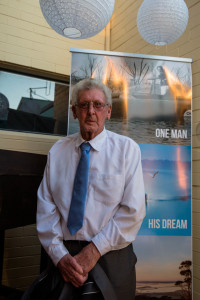 Keith has strong memories of being at Lake Dumbleyung and being the ‘starter’ for the Bluebird.

Friends with Brian Bracknell and living in Dumbleyung in 1964 working as a carrier, he was keen to help and went to the lake to be in the starter role.

Essentially, this meant pulling up alongside the Bluebird in the boat “Canberra’ owned by Col Ward, with the batteries on board, which would provide the power to start the Bluebird’s jet engine and ignite the fuel.

Keith can remember the caravans lined up on the shore of the lake where the Campbell entourage stayed during the three weeks it took for the record to be broken on New Year’s Eve 1964.

“We were all volunteers just helping out,” he recalls.

Keith said by December 31, 1964 Donald Campbell was getting worried that he had not broken the record and talked about looking for somewhere else to go if conditions at the lake did not improve.

He recalls the events of the now famous day when the record was broken.

“At 5.30am there were four foot high waves on the lake and it looked like it wasn’t going to happen that day,” he said.

People were hanging around the lake, waiting in their boats and noticed by late afternoon the waves were subsiding and it became calm like a millpond.

“By the time Donald Campbell had made his run on the lake, it started to change back again. It was only flat for a short time.

“He was in a hurry to get out there and he did an up and back to get the record, with the run averaged over the two times. The Bluebird virtually flew across the lake and it became airborne, except for the sides. I do remember the ducks being a problem though and I can remember a few practice runs.”

He also helped to pull trees out of the lake to make way for the Bluebird’s courseKeith can also remember the floods of 1964 when the lake filled up in two days and recalls it rose eight feet in one night.