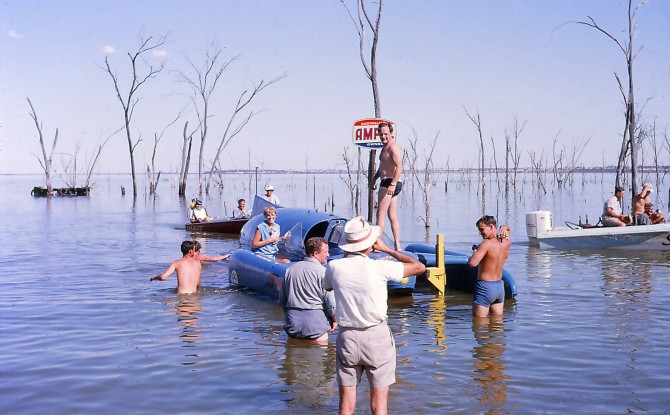 My Husband flew his light aircraft down to Dumbleyung Lake a few days before the record run and he said there were crowds of people and press there, and nothing happened.  When it came to the last day of the year, he decided he’d take 3 children and myself down – by car – just in case the record was achieved

Together with my Husband and 3 children I was actually at the Lake when Donald Campbell in his Bluebird k7 hydroplane broke the world water speed record.
If my memory is right it was December 31st. 1964 and the record had to be broken in 1964.  We arrived at the scene about lunchtime and the weather was very windy. After a while a thunderstorm appeared to be developing and when that happens the wind drops and there was much anxiety and haste to get the lake ready, (birds had to be moved) and the boat launched.
There were very few people present, (there had been crowds all the week anticipating to see him make his run.)
We actually saw him take-off and heard the excitement when he returned; we were actually within hearing distance of what was said.
It is 50 years ago, I don’t think there was any 2-way radio and I am not sure of the communications at the time.

I am now 83 years of age and my children are aged 61, 57 and 52 and my husband is deceased and we had travelled from South Wyalkatchem that morning, just for the drive and to see the set-up.
I wish you success with the interpretive centre and I would be pleased to see the display, if possible.

Jean has sent is some amazing photos that are very clear and show the actual record breaking run day. Not many people saw the run as it was not expected that Donald Campbell would be able to make a run on the last day of the year because of the weather. 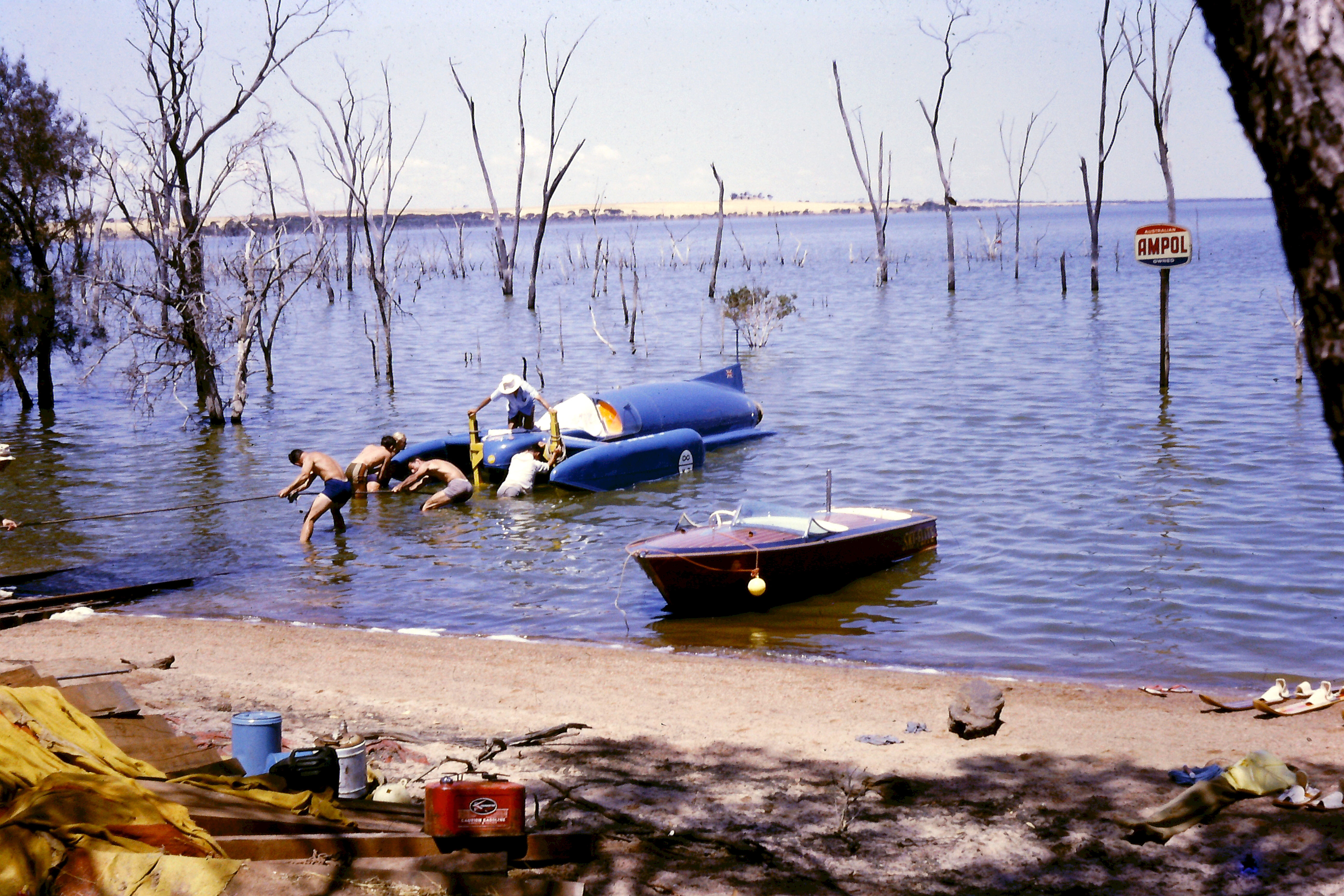 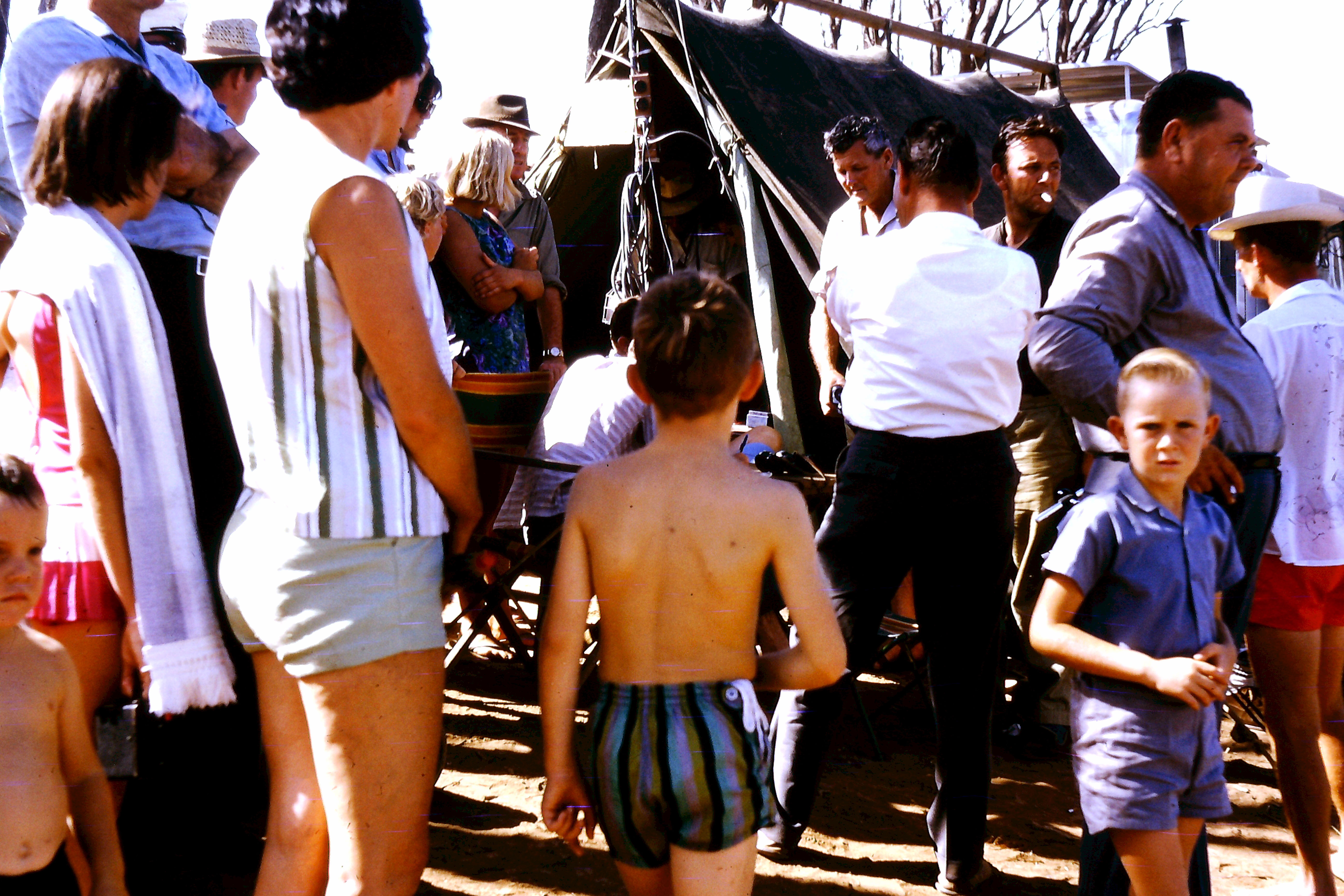 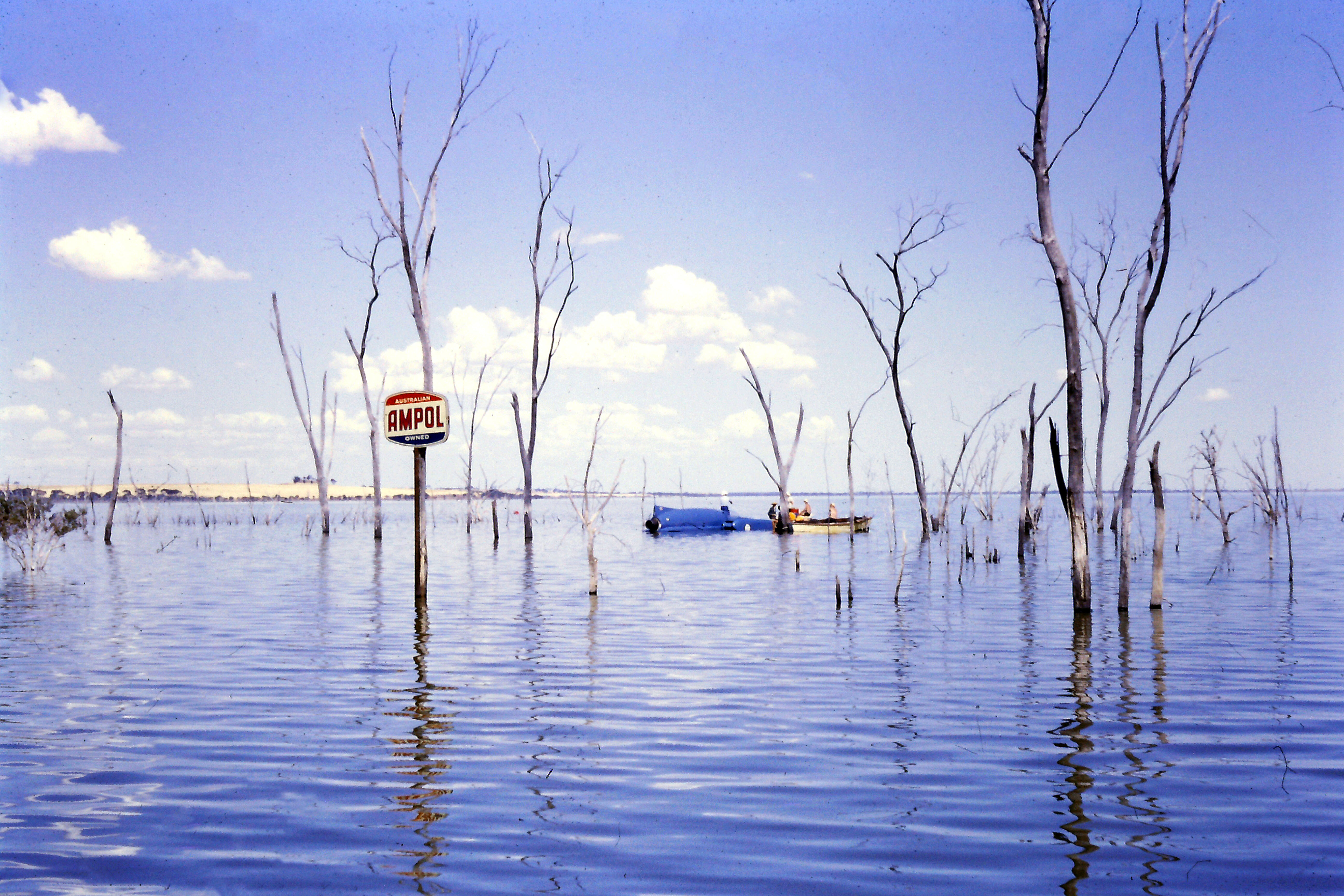 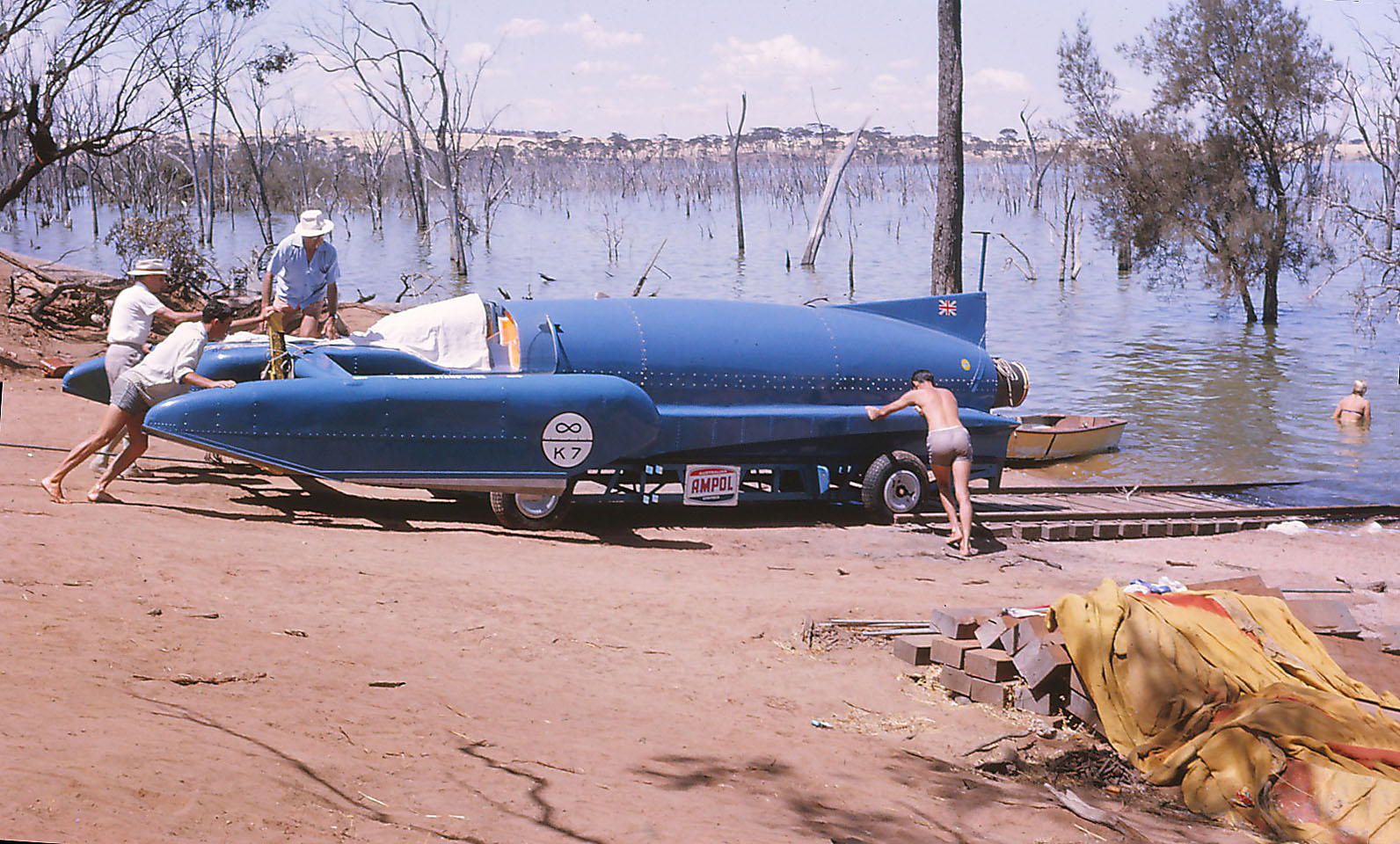 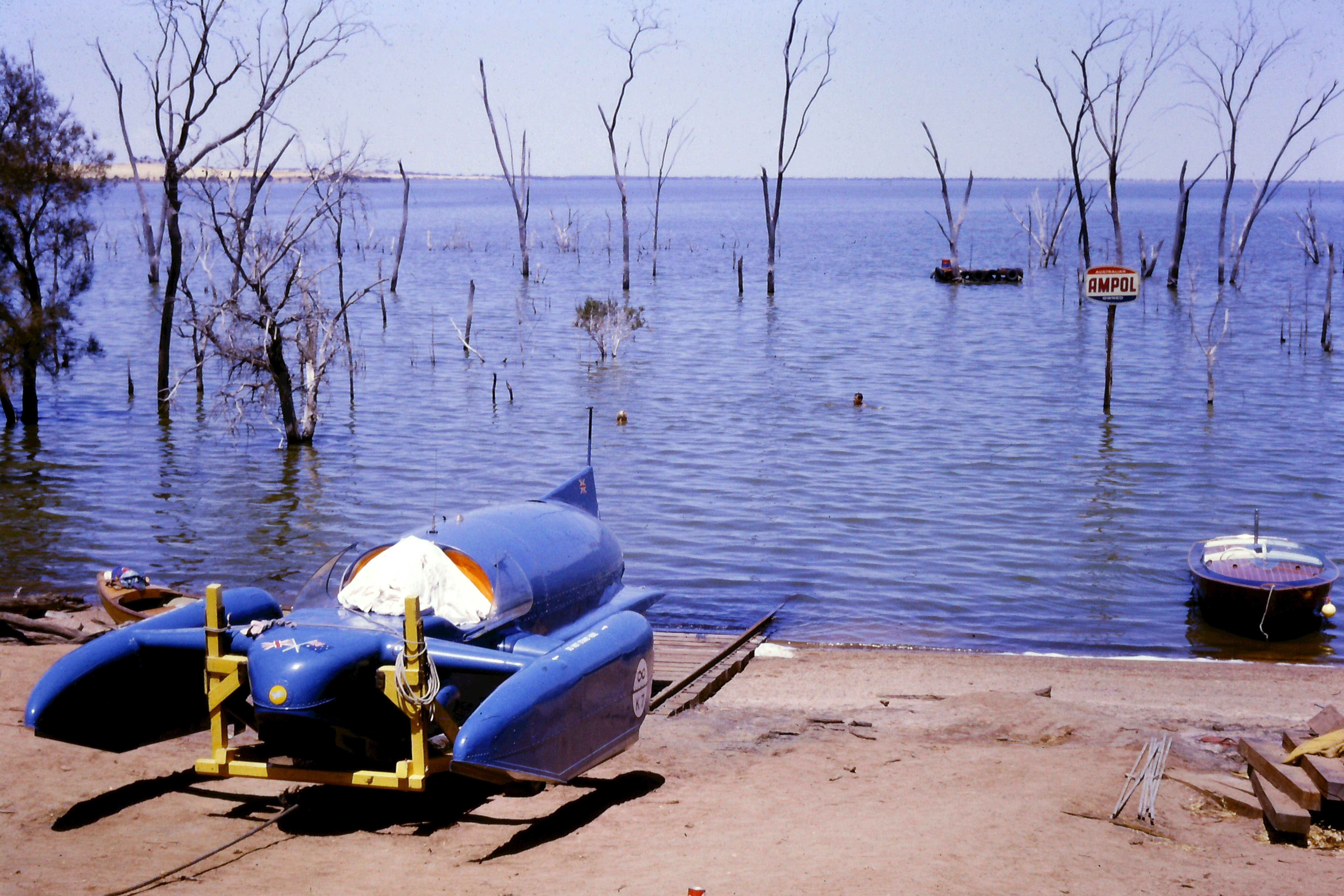