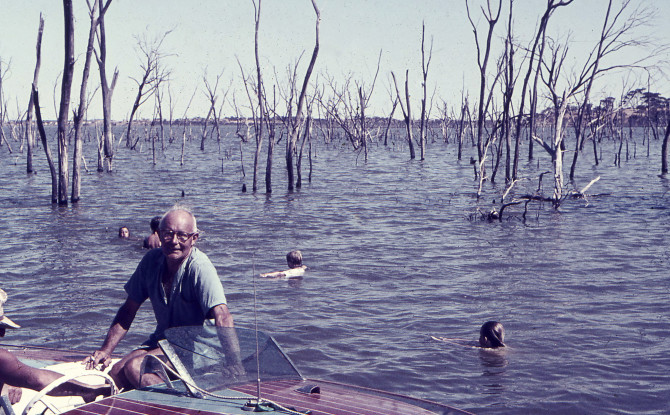 Leo Villa was the long-serving engineer/mechanic of both Sir Malcolm Campbell and Donald Campbell. He received an OBE in June 1976 for services to land and water speed records.

“At first sight Lake Dumbleyung was not impressive and the stumps of the “wattle” or withered gum trees sticking up out of the extremely saline water presented an obvious hazard. Added to that there was neither a slipway nor any accommodation. The place was desolate and Donald’s chances looked very remote.” 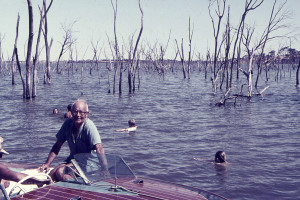 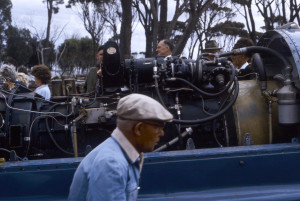