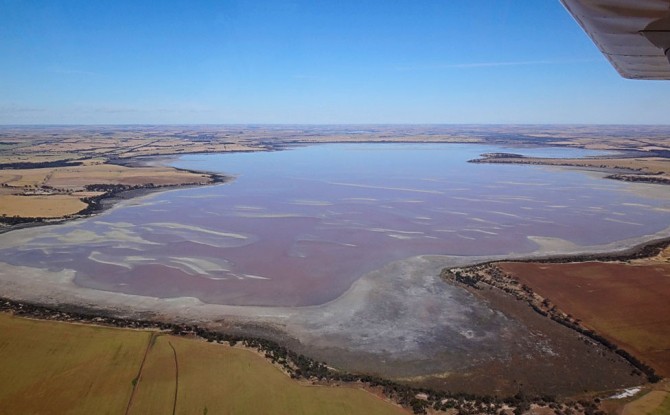 Gary Smith who was also at Lake Dumbleyung when Donald Campbell was there in 1964, lives close by at Katanning. The district has had some very heavy rains over the past weekend which has led to flood water runoff coming from the east along the Lake Dumbleyung catchment into Lake Dumbleyung.

It won’t fill the lake by any means but it makes for a spectacular sight especially when you can get up in a plane and see it from above. Gary and his wife took a flight in their plane yesterday ,21 october , 2014  to see the flood waters and follow their path.

The photos shown here were taken by Gary and shared with the Dumbleyung community.

Gary also has some photos on display in the Dumbleyung Shire offices, that were taken when Donald Campbell was in town in 1964.

Thank you so much for your input, Gary. 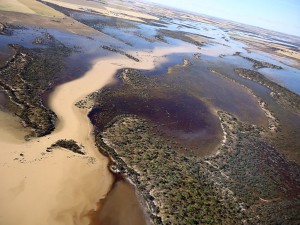 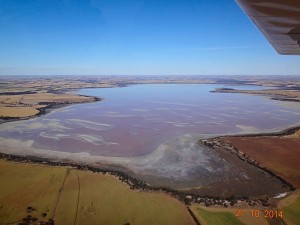 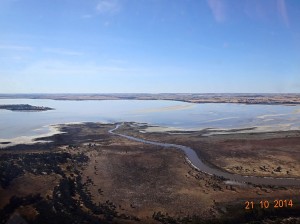 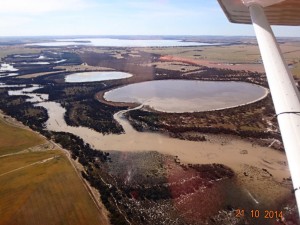 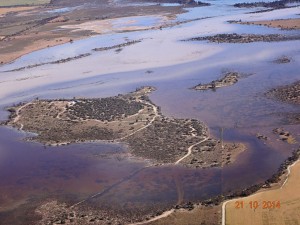 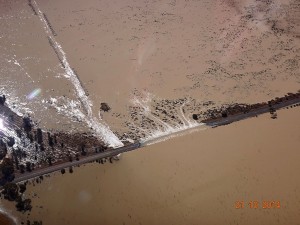 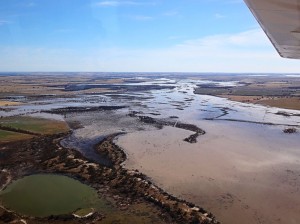 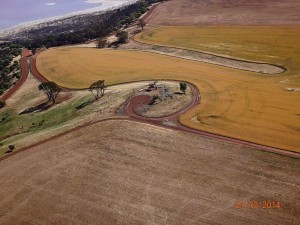